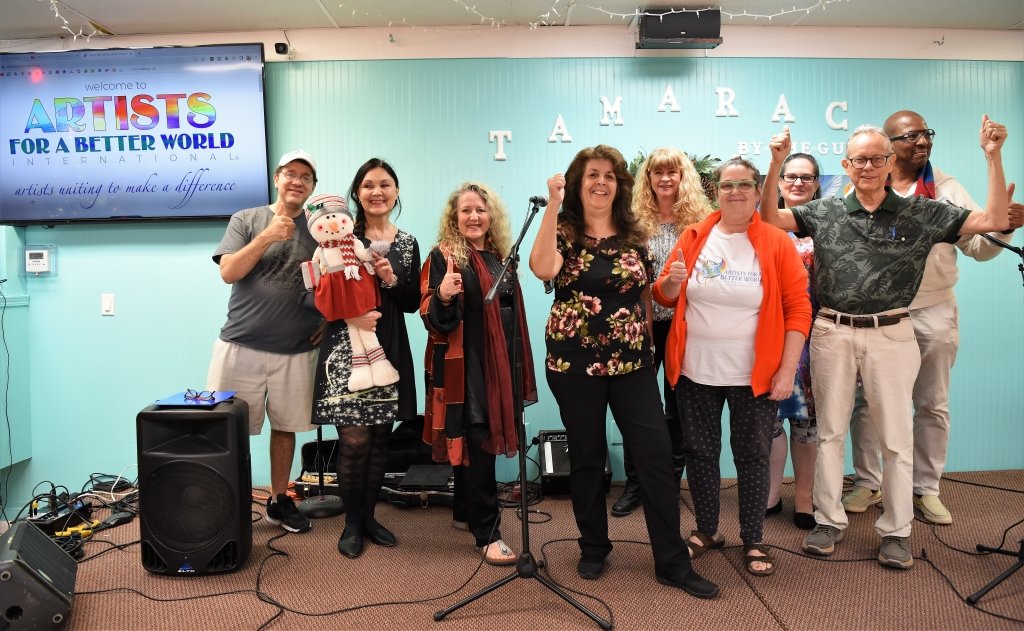 Our grand finale of the year was a Holiday Celebration held at the Tamarac by the Gulf Clubhouse in Seminole, FL.  The event brought together AFABW members and their guests as well as new artists and even some neighbors from Tamarac.

The venue was adorned with holiday decorations courtesy of the Tamarac Homeowners association, and member Claire Wagner added the finishing touches with her own decorations.

People arrived and they were greeted by Sarah Page Wells and Tasia Drake who gave everyone an AFABW newsletter, and new guests got a The Way to Happiness book.

There was a reception and pot luck, with art displays by AFABW members Barbara Cordova, Sarah Page Wells, Andromeda Edison and guests Lily Gaines, Rodney Real and Avna Jungen.  Meanwhile Roger Harrison filled the air with holiday songs on piano as people feasted on delicious food and made new friends.

MC Alan Graham kicked off the show and brought up AFABW Founder Barbara Cordova who welcomed everyone and gave an introduction to the group.  Barbara then brought up Rodney Real, an artist she just met on Facebook last week that she invited to the event.  Rodney graciously donated a large painting to AFABW and was acknowledged on stage.

The Clearwater Scientology Choir was the opening act, dressed in old fashion caroling attire and led by Doug Jonsson.  They sang many familiar holiday songs and had a sing-along at the end.

Other performers included The Topcasters (Izzy Buholzer and Jacqueline Buchanan), Steve Cherubino, Barbara Cordova, Poetry by Alan Graham, 3 Feet Behind (Geoff Taft, Sylvie Taft and Claire Wagner).  And closing the show was a special guest, Elana Bordi, known as the Singing Paint Lady at Lowes in Largo.  When Barbara met her there and heard her sing she invited Elena to come to the holiday party.  This was her debut and first time singing in front of an audience!  She was accompanied by Roger Harrison and Marcia Powell on a couple holiday classics.

There was much favorable feedback:

“I loved the variety and sense of involving all” SH

“I Liked being around creative like-minded people.  I want to meet more people and help change the world with art.”  EB

“I had such a lovely time last evening and am so pleased to know about AFABW.  The festivities opened the holiday season for me.” LG

“It was so nice to see some old friends and loved the music! Good food, good music, good people. Thank you for putting it all together and sharing with us all!”  BD

“My goodness you put on the ritz, and it was way cool. I really enjoyed myself and it was a great show and great group of folks. “ DS 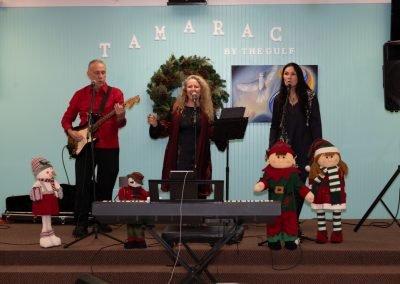 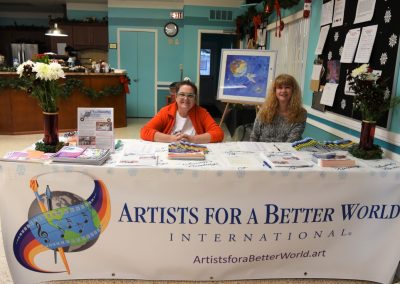 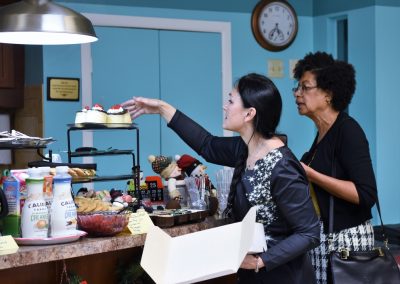 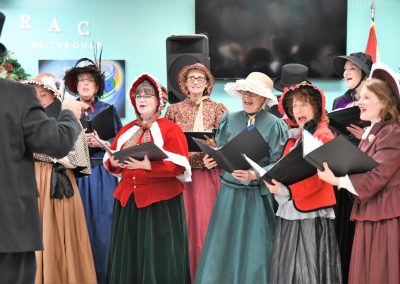 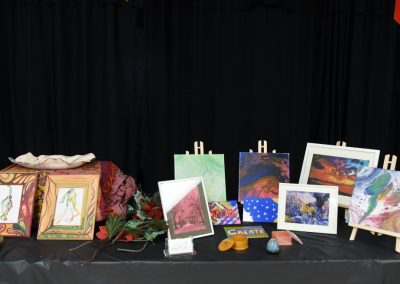 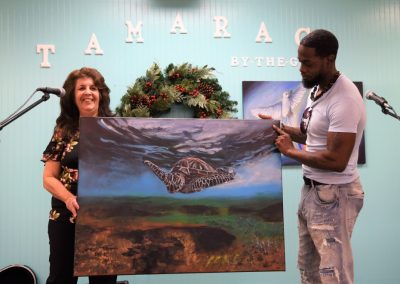 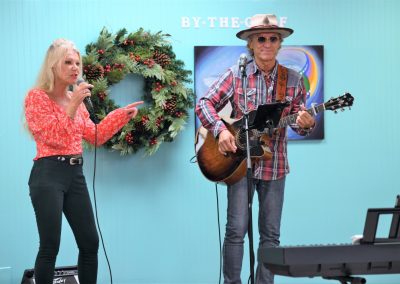 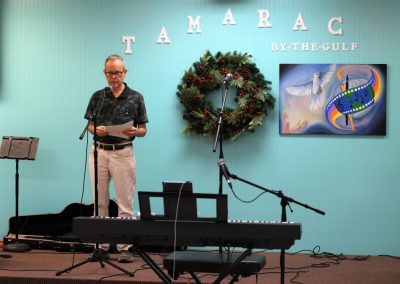 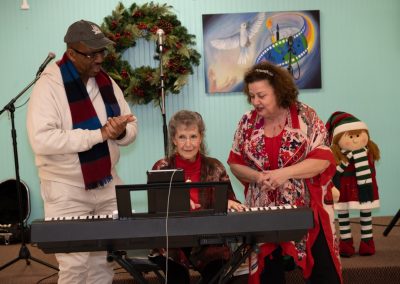 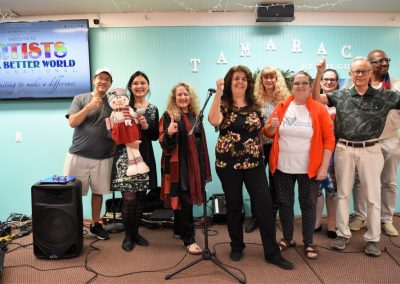