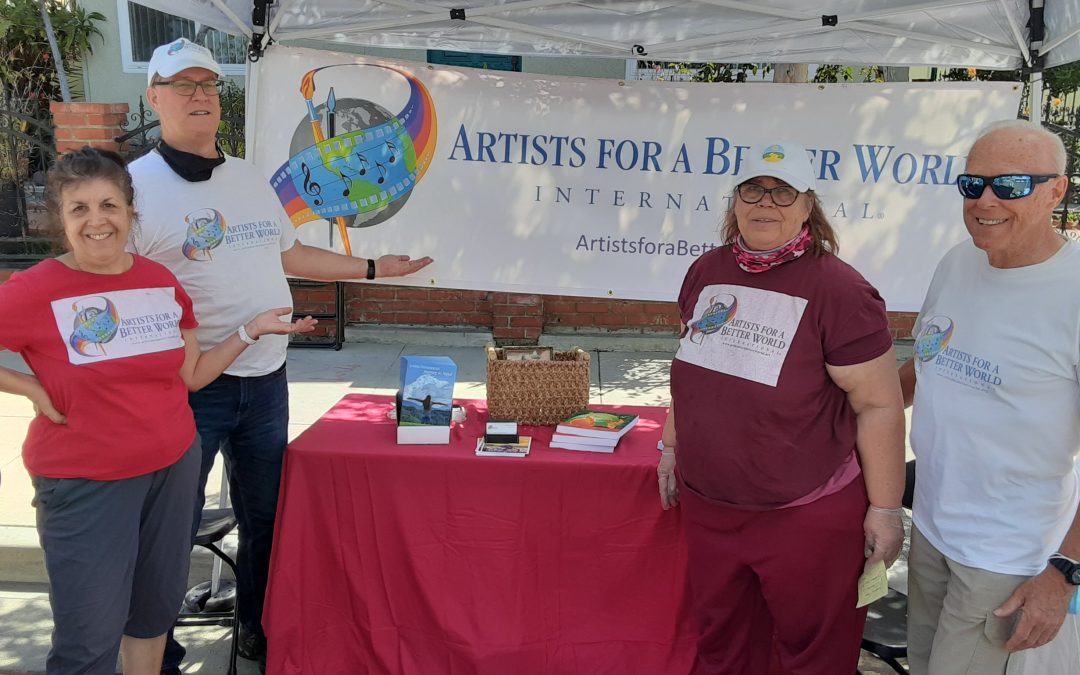 April 9, 2022 was a big celebration on L. Ron Hubbard Way at the East Hollywood Spring Fair – in honor of the 25th anniversary of the street being named after Mr. Hubbard for all his humanitarian work.

There were all kinds of family friendly activities including a presentation of songs from the Lion King, petting zoo, arts and crafts, face painting and more –
AFABW had a booth that attracted a variety of public and local artists. This was one of many AFABW activities that was part of their World Art Day celebration in April. Their theme was Freedom of Expression, one of the 30 articles taken from the Universal Declaration of Human Rights.

They even had a table for kids to do drawings and express their “Freedom of Expression” – a basic human right. They handed out 30 Human Rights books to those at their booth. They also introduced several people to AFABW, and signed up new members too! – Including Gwendolyn Snyers who had a booth next to ours with her art. 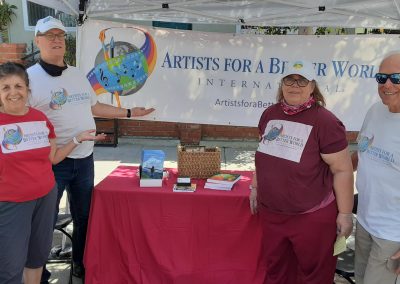 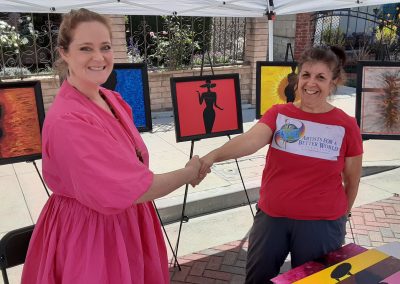 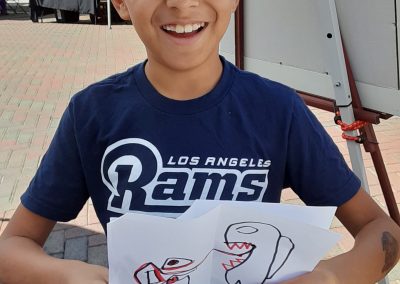 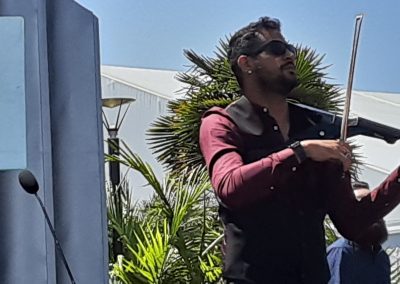 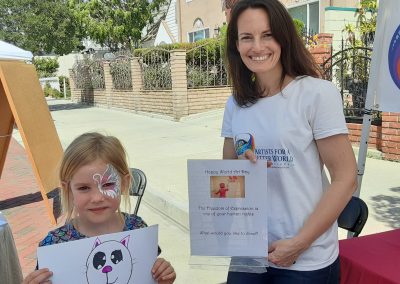 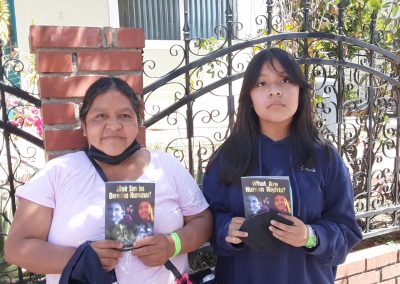 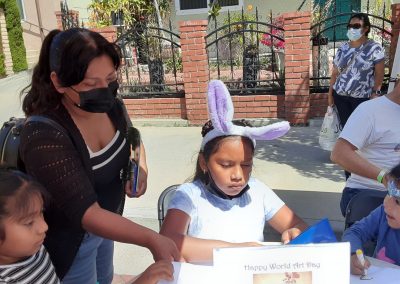