National Night Out – To Honor Police and First Responders – 2021 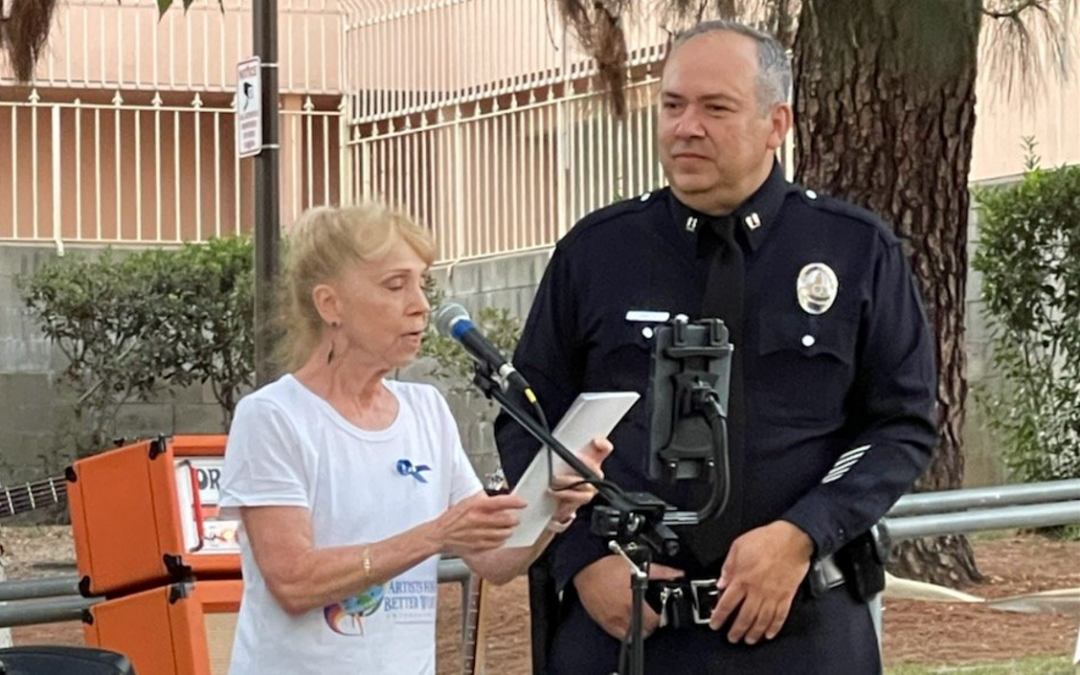 AFABW took part in National Night out in two locations in the Los Angeles County on August 3, 2021 – a yearly event to honor police and First responders for the work they do to help the community

The first event was at a fair at the Church of Scientology of Los Angeles – where AFABW Vice President Lynda Hubbard read a special poem dedicated to the police, written by member Aja Anderson. The Fire Chief deputy and new Deputy Police chief were touched by the reading – They were given copies of the poem to pass out to all LA police and fireman. AFABW also had a booth at the fair and several attendees also got copies of The Way to Happiness books with our custom logo. Taylor Pace and Javier Medra were members who also performed music on stage. Rick Murken helped at the AFABW booth.

The Sunland-Tujunga Neighborhood Council and the Little Landers Historical Society co-sponsored a wonderful event for National Night Out, the annual night for Police and First Responders to go out and meet their communities.

Little Landers Park in Tujunga was set with booths from about 20 different community organizations.  These ranged from Boy Scouts to Church groups and from the Neighborhood Watch to the American Legion.  Artists for a Better World International hosted a booth with a variety of social betterment literature including The Way to Happiness, What are Human Rights and Drug Free World books in both English and Spanish.

Hundreds of books were given out to the over 350 attendees. They also hosted a Get High on Art, Say NO to Drugs drawing table where kids could draw their ideas about a world without harmful drugs.

Artists for a Better World member Noelle North presented the LAPD Captain for the Foothills Division with Aja Anderson’s poem dedicated to the police.  This was very well received and the Captain took copies of the poem to distribute to his officers.

Artists for a Better World members also started a group dance getting attendees to dance to the music of the live band.  This helped to raise the tone even more and demonstrate just how valuable art is in uplifting people. 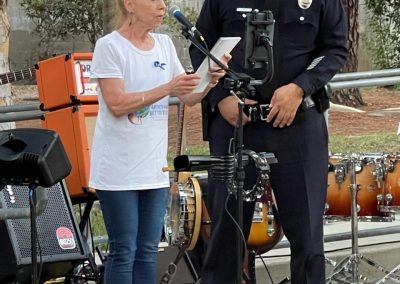 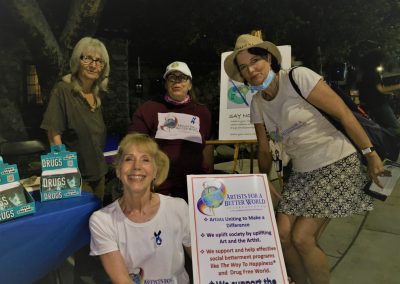 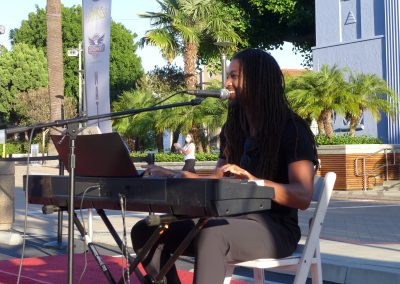 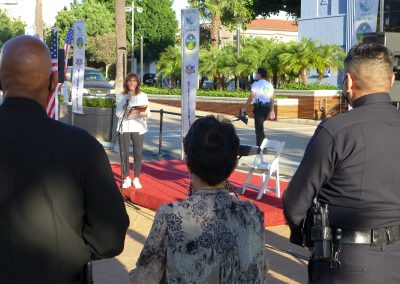