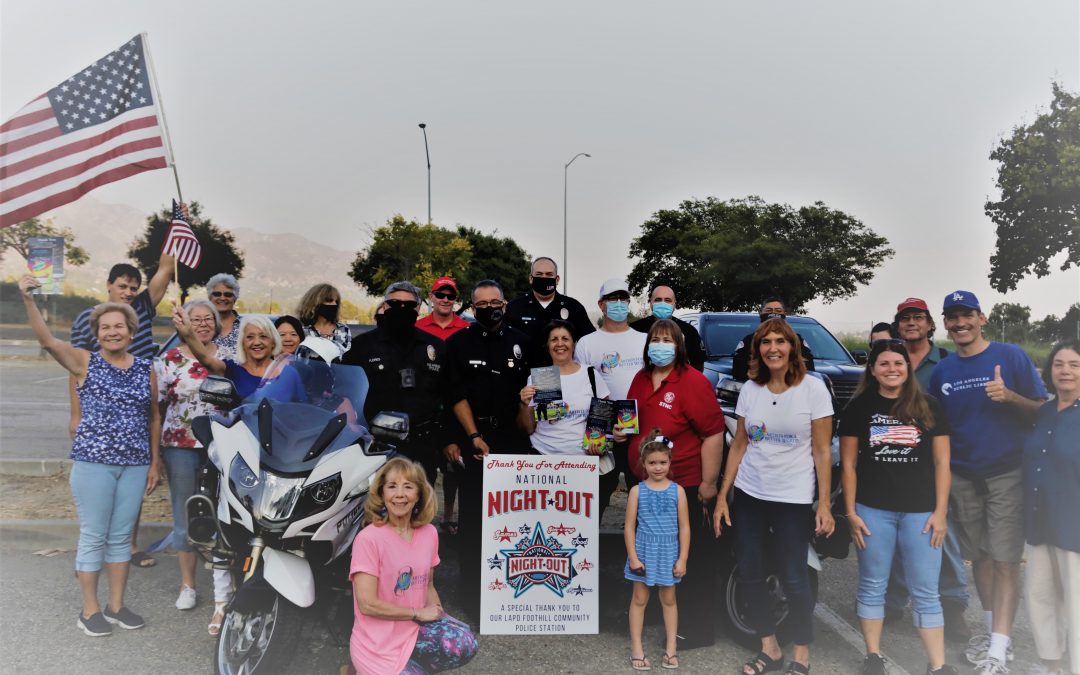 We started out at a parking lot on Lowell and the 210 in Tujunga, CA

Artists for a Better world members attended the rally dressed in AFABW T Shirts, and joined with people and groups in the community to honor the police for their good work.

We arrived early and met some local neighbors. Lynda Hubbard did a video interview of a couple of the ladies and what they think of the police helping the community

More cars arrived and people gathered, and then the police rode in. We thanked them for their good work and Noelle North read a Thank You poem to the police written by Aja Anderson –

We then handed them The Way to Happiness books with our AFABW logo with the Thank You poems inserted. They addressed the group and thanked us for our support and appreciation.

Barbara Cordova gave one of the officers a box of the Poems and more TWTH books to take to their other officers. He stated that this is appreciated more than we know, and said they will definitely be given out.

Ken Hall captured the rally with video and photos, including a group shot with the police and all the local citizens.

The Police then led the caravan out of the lot and through Tujunga. Rob Oliver drove us in his Dodge Caravan – adorned with our AFABW banner – along with signs saying “Thank You LAPD. For making our neighborhoods safer”

The final stop was in a parking lot in Sylmar – where we met up with other police, including Jorge Rodriguez, Deputy Chief Commanding Officer – Barbara presented him with a The Way to Happiness book and the Thank You poem. He said he is familiar with TWTH and works with Carol Lowery on a TWTH program for the police. (He has been at events at the Church of Scientology of the Valley with other police). Barbara did a short video interview with him where he talked about the importance of TWTH. And Officer Rodriguez gave her his card, and looks forward to hearing from AFABW about working together. 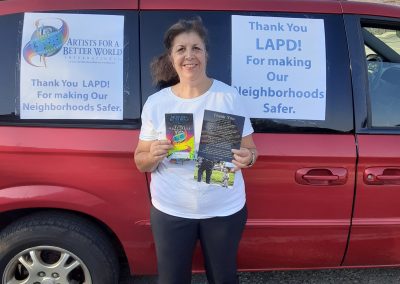 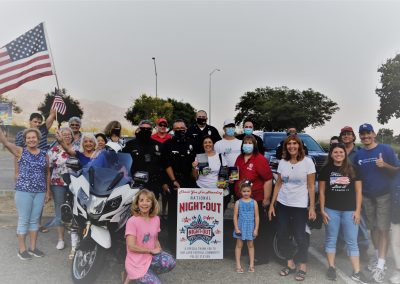