World Art Day Celebration at The Church of Scientology of Pasadena Was A Big Hit! 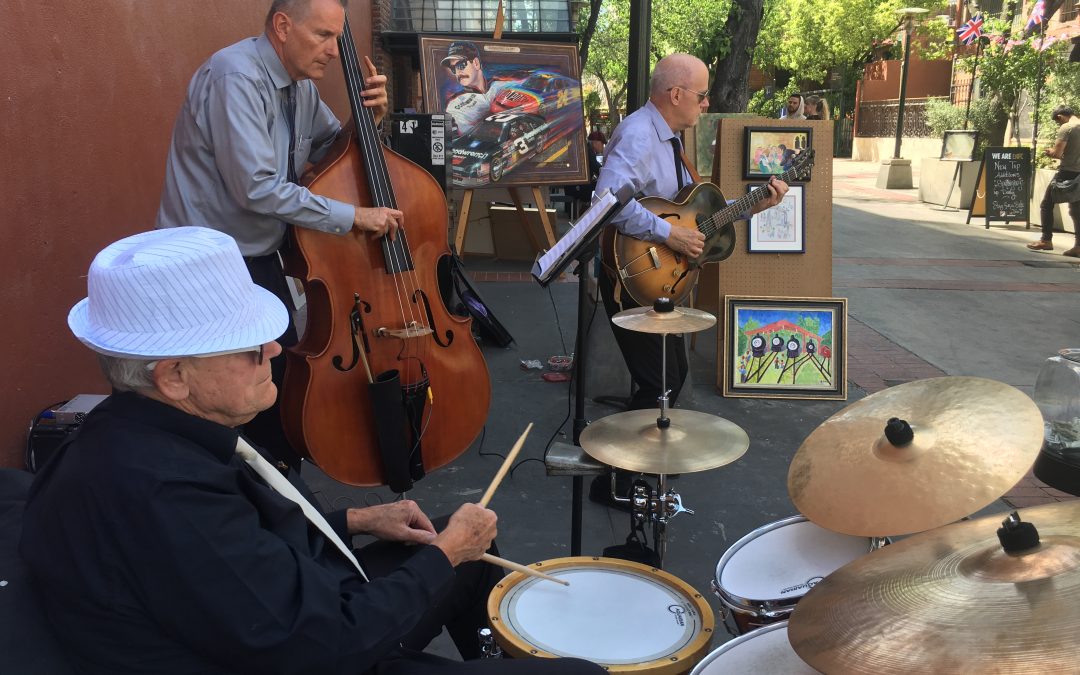 April 14th, 2019 there was a celebration of World Art Day at the Church of Scientology of Pasadena.

The walkway just outside the historical building was transformed into an art gallery with top visual artists – Lauren Dohring, Becky Mate, Wayne Weberbauer, Nico Vosloo and Lynda Hubbard. Many stopped and looked at the art in strong interest, and talked with the artists about their paintings.

The public walking by were also uplifted with music from The Happiness jazz trio – who made people smile as they moved to the groove. The band includes Bob Sullivan on drums, David Eastlee on guitar and Roman Sirwinski on upright bass. When the band was on a break, David handed his guitar to one man who hadn’t played for awhile, and strummed a tune. He also hung out and talked to the artists, and got very revitalized.

Throughout the day passersby were wished “Happy World Art Day” and invited to enjoy the art and music. They thanked us as they were also handed a copy of The Way to Happiness book, a common sense guide to better living, some with custom covers done by our artists. 300 books were handed out by Barbara Cordova Oliver, Kate Carlini, Andrea Zastawny, Daisy Alvarez and Tim Corbo.

Eight public from the event came into the church for tours.

There was a table set up with info about Artists for a Better World, which attracted various local artists who had interest in connecting up to the group and taking part in future events. There was also one woman who teaches art to underprivileged kids in schools that wants to work with us.

Others who contributed to the event were Rob Oliver who helped with artist set ups and breakdowns, and Greg Saunders who captured the event with photos and video clips. 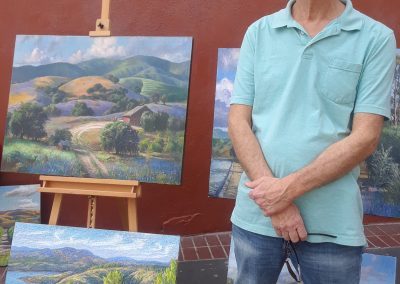 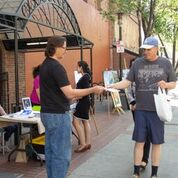 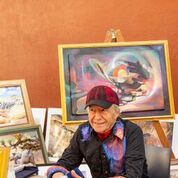 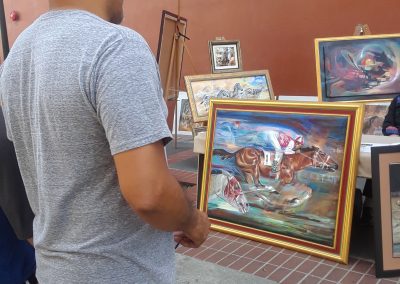 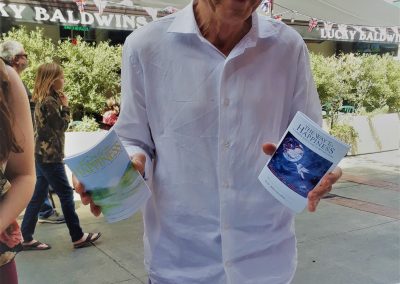 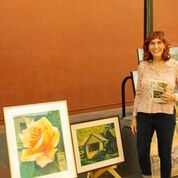 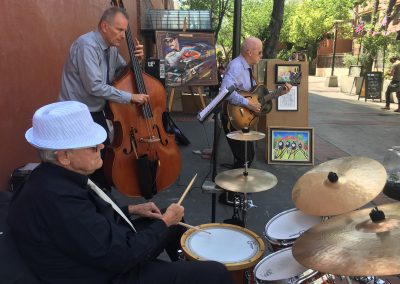 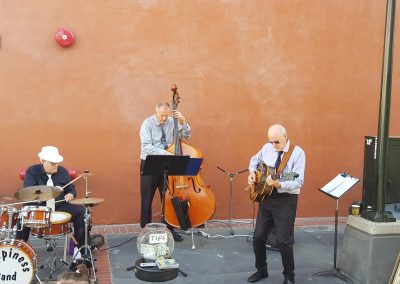 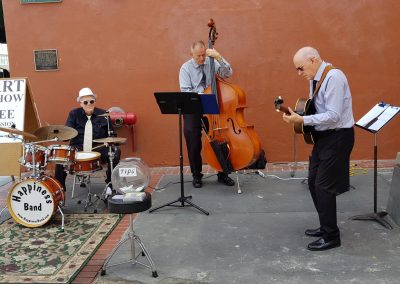 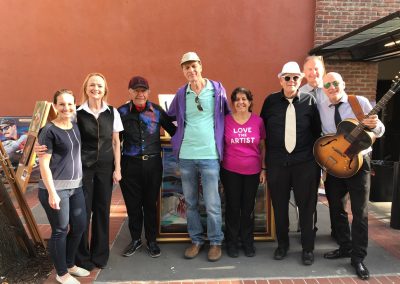 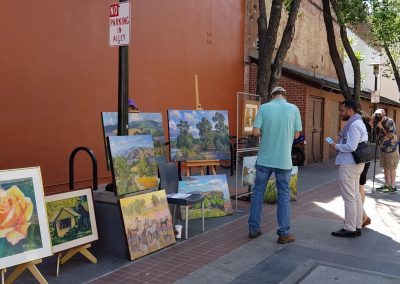 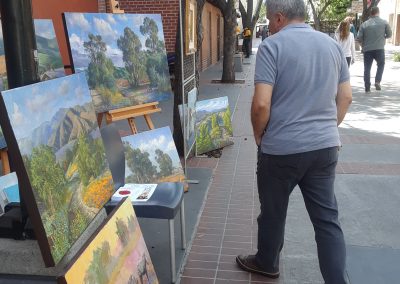 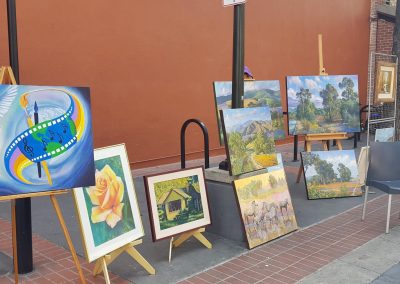