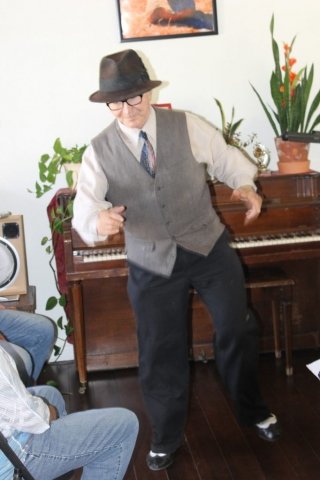 ARTISTS FOR A BETTER WORLD HELD THEIR HOLIDAY PARTY SUN DEC. 16TH AND GENERATED MORE INTEREST IN THE GROUP

It was at the home of Richard and Susan Stewart, who also run the Sunland Scientology Mission.

The party kicked off with a musical performance with Cherie Conner, Tim Corbo and Bob Cessarone who uplifted the guests with traditional Christmas songs and some classics. Guests feasted on the potluck dinner while also indulging in the music.

After the performance Richard Stewart welcomed the guests and made announcements about recent community activities and upcoming events. He then brought up Barbara Cordova Oliver, founder of AFABW who talked about the scene with today’s arts and the need to uplift the culture through positive inspiring art. She announced the upcoming World Art Day event that the group would be doing. The event will include visual artists, Toastmasters speeches, performances, arts activities for kids, booths for community groups such as Drug Free World and others. Barbara generated interest from attendees in contributing their time and talent to the festival.

Becky Mate, founder of Art Day, talked about the holiday for the arts that she established in 1998. Over the years many artists have participated in the annual holiday event, and she even had a group in India doing their own Art Day celebration. She went on to read a story to share her vision of what an ideal Art Day would be like with artists throughout the world taking part in this tradition. She likened it to being like Christmas, but giving the gift of art for this holiday.

After the speeches Alice Pero read a few holiday poems, and then there was more music with the trio from earlier, joined by singer Lauren Perreau. John Woodruff also entertained the guests by tap dancing to the music. 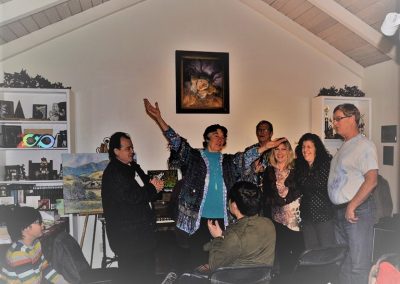 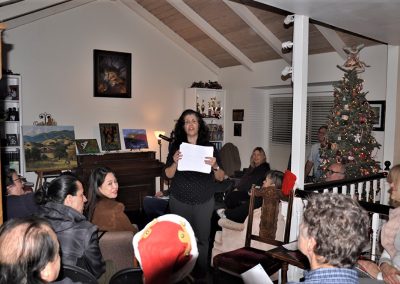