Celebrating An Afternoon Of Fun And Inspiration 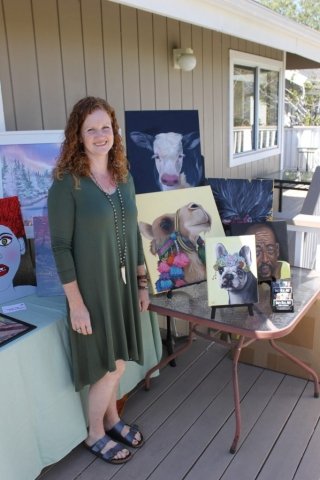 Artists joined together for an Artists For A Better World (AFABW) celebration of art, music, poetry and aesthetics. The event was held at the home of Richard and Susan Stewart and was organized by AFABW Founder, Barbara Cordova Oliver.

The afternoon opened with an art reception that included live music by the Happiness Band, a three piece country trio featuring Cheri Conner on bass and vocals, as well as Bob Cessarone and Randy Rivera on guitars.

Jay Clitheroe gave a brief talk, highlighting some of the Stewarts’ achievements, including proclamations from Mayors, Councilmen and Senators for their community service.

AFABW Founder, Barbara Cordova Oliver, presented a summary of AFABW activities over the years, including support of social betterment groups and honoring numerous artists. As part of that tradition, she featured the organization, Foundation for a Drug Free World, which publishes free education materials regarding The Truth About Drugs. She provided some of their booklets for attendees to offer to others regarding the drug epidemic impacting the local community and across the nation. Barbara concluded by emphasizing the importance of the artist to society, which she underscored by playing her song Mission of the Artist (via music CD), about that very message.

After the speeches there was an “Open Mic/Show and Tell” where all artists got a chance to participate. Toastmaster, Lallah Rowe, was the MC. The art presentations featured music, poetry, story reading and visual artists, who showed and discussed some of their artwork.

David Abhari, creator of unique botanical sculptures. He also played a tune on the harmonica.
Shelley Matousek, with professional handmade baskets.
Steve Matousek, who makes glass sculptures.
Lea Clemente, at only 15 years old, who is already a pro with her drawings.
Lauren Dohring, with paintings of people that capture their emotions.
Lynda Hubbard, painter and writer, read from her book entitled Journey to Nepal.
Mina Pieto and Claudia Chicas, a mother and daughter, both avid painters and paint together on Sundays.
Kristina Arias, a visual artist that paints animals, and is a friend of Mina and Claudia and also joins them for painting sessions.
Suzi Reil, who started painting in the last year and does lifelike portraits of people and animals. She is also starting a program to teach painting to the homeless.
Becky Mate, painter and founder of Art Day, and also a writer. She read a new poem that was an acknowledgement to artists.
Kathy Tollman, with unique and colorful digital art.
Petrina Sharp,  a professional artist. She also did a painting of the AFABW logo that was on display.
Barbara Stewart, who sculpts paper into beautiful art pieces.

Musical entertainment was provided by the following performers:

John Woodruff, known as the dancing vegan, did a tap dance and discussed veganism.
Marc Bosserman is a world class songwriter and pianist who performed the popular Beatles song, “Let it Be” and had the audience singing along.
John Pond played an original song on guitar
Lallah Rowe not only MCed, but also sang a couple blues songs
Alice Pero played a song on the flute and also read an original poem.

At the end of the show Jay thanked all the attendees for their creations and also informed them about Life Improvement Courses, by L. Ron Hubbard, available to support their careers and lives. 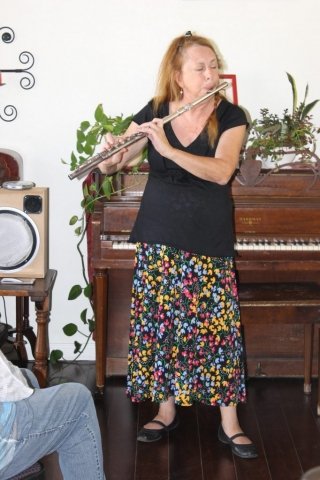 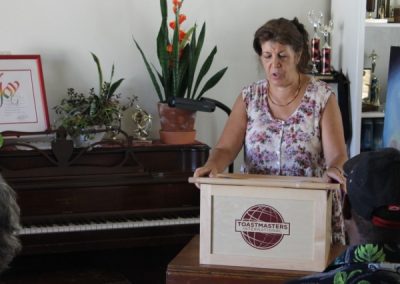 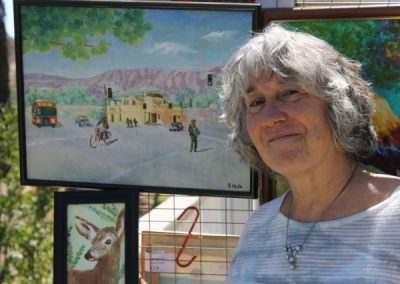 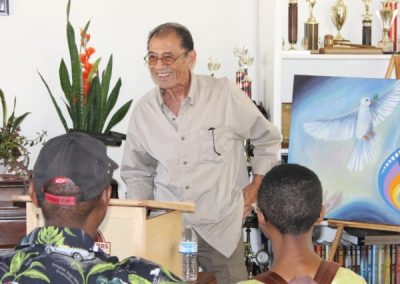 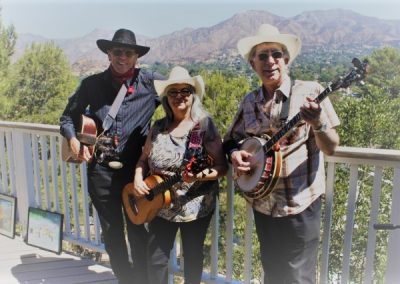 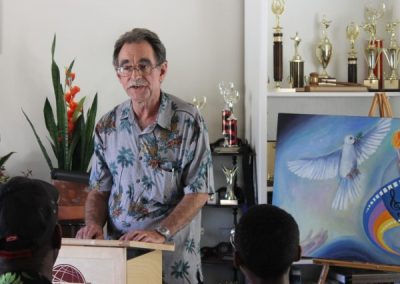 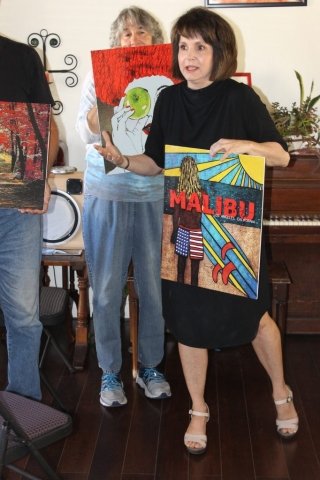 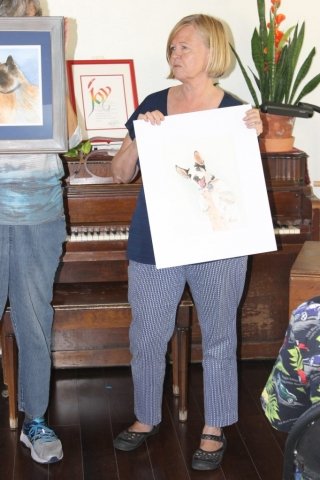 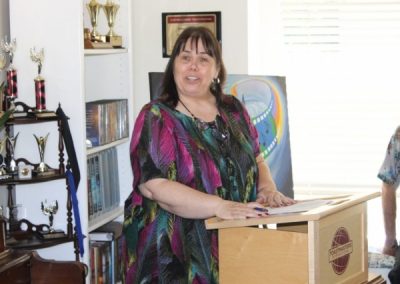 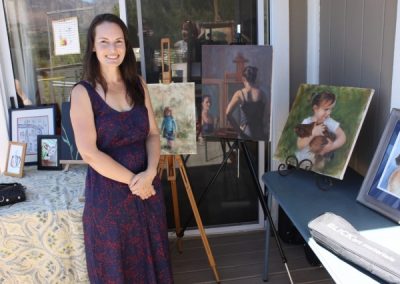 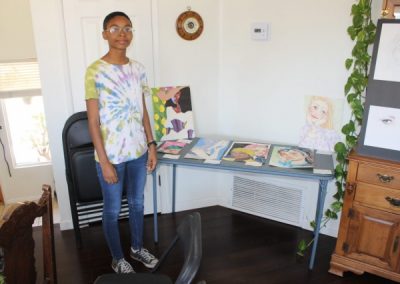 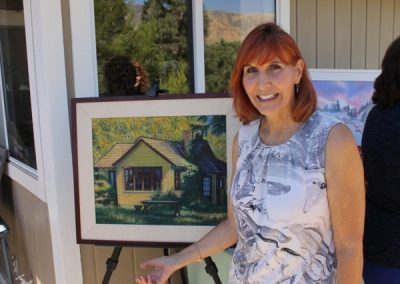 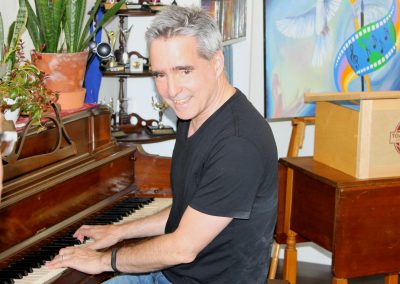 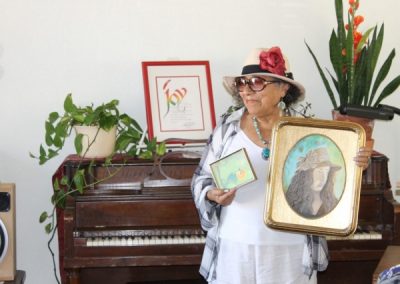 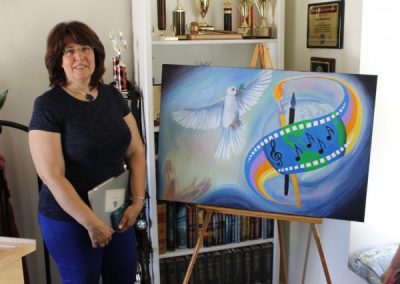 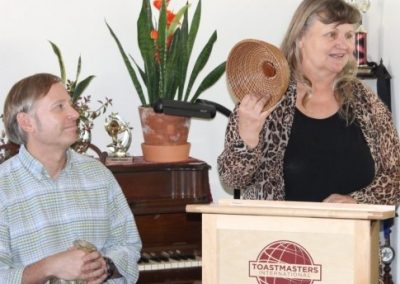